Take the worry out of renting with a portable security monitor for belongings!

Take the worry out of renting with a portable security monitor for belongings! 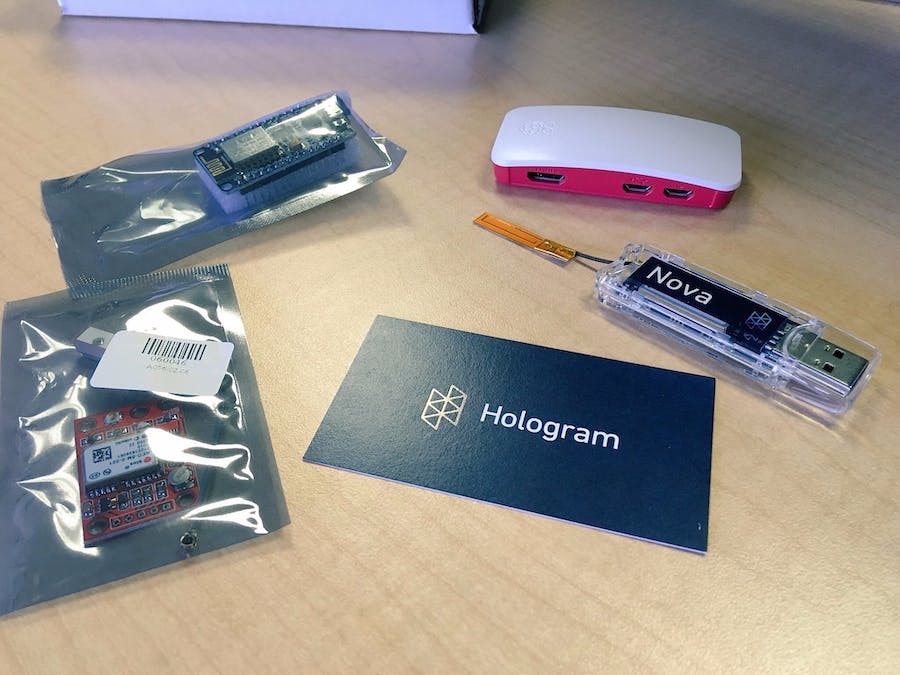 This is the first prototype of an alarm trigger: an ultrasonic distance-measuring sensor on a breakout board connected to the NodeMCU and communicating with Adafruit's IO platform. Unfortunately the data from this particular sensor is exceptionally noisy, which may render it more trouble than it's worth.

This is the second prototype, built by combining the Grove Light Sensor v1.2 sensor board with the NodeMCU. When stashed in a closet, it provides clean data that makes it very obvious when the door has been opened and for how long. Results were good enough and setup so easy that this was actually left live and provided data to Adafruit for two days before any tweaks were made to the Arduino sketch code.

What ties all of the sensors together and makes something useful out of them is a simple bit of code written in Python. In short, what it does is connect to an MQTT broker and executes actions when new messages are published to the feed. Depending on what those messages are, it might arm or disarm the alert system, send an SMS alert, or simply print the message to the terminal.

For the sake of easier development (and in the interest of including others who may not have access to Hologram hardware), initial development was done utilizing the Twilio API. This made things a bit easier to start with as the Hologram Nova modem does not currently support MacOS or Windows, rendering on-the-go development a rather cumbersome process. Enabling usage of the Hologram hardware once the software has been cloned to the Raspberry Pi is as simple as changing some imports and pointing the class constructor to the right API wrapper class.

(Note: These instructions assume a working knowledge of Linux, Raspberry Pi, Git, Python, and APIs. If these instructions remain unclear, please leave a comment and I will do my best to clarify.)

As mentioned in the instructions and demo video, an immediate first step I would like to take is to enable Alexa integration. The reasons for this are two fold: hands-free enablement of the alarm system when walking out the door, and also the ability to utilize the speakers in an Alexa device as an actual alarm to deter would-be thieves. Further refinement might also result in an Alexa "flash briefing" style recap of non-emergency events missed during the day (e.g. temperature fluctuations, noisy neighbors, etc.).

While the project turned out a success, the one-way-only communication architecture did cause me to question whether or not my system was actually functioning properly. Were I to redo my project I would implement an ability to perform a status check from afar (read: the internet) and receive on-demand check-ins from all of my NodeMCU sensors.

1 project • 30 followers
A bit too obsessed with tech and design for his own good.
ContactContact